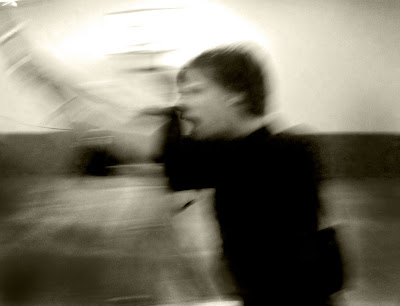 Kiai 気合 is a term used in a lot of Japanese martial arts. Ki is a difficult word to translate but it can mean both energy and also spirit. Ai means meeting or harmony. In kendo we usually think of kiai as being something to do with the voice, but that is not strictly what it means. Kiai is a form of communication with your opponent, letting them know your intention to give everything to the match. It is possible for kiai to be completely without sound.
The AJKF Kendo Dictionary defines kiai as:
"The state where one is fully focused on the opponent's move (sic) and one's planned moves. Also refers to vocalisations one produces when in such a state of mind."
So we do use our voice to express kiai but kiai is not just the voice. In Japanese the shout itself is called kakegoe 掛声. The voice is how we begin to understand kiai, using our shout very carefully and deliberately to show our intention. This is why we say ki-ken-tai-itchi is:
Different kinds of kiai
There are different kinds of voiced kiai in kendo. They include:
Kiai that tests your opponent
This is the kiai that you produce as soon as you stand up from sonkyo when in a match or keiko. It announces your resolve, your courage. In a sense it asks a question of your opponent: "Are you ready? Because I am!"
This kind of kiai is also used throughout the match as the two kenshi vie for supremacy from the distance of to-ma.
There are no set words or sounds for this kind of kiai. Everyone eventually develops their own sound with their own "words" (which of course aren't words at all). Often one's kiai will change over time, even after it has reached 'maturity'.
Kiai that creates an opportunity
The previous kiai can easily lead to this kind of kiai. There is an old school of naginata that has a specific word for this kind of voiced kiai, and that is yagoe 矢声, or "arrow-voice". It means sending your voice out like a weapon that strikes your opponent even before your attack does.
This kind of focused kiai is not an easy technique to achieve each and every time, but we could say it comes from a very powerful intention to overcome one's opponent. Usually the opportunity that such a kiai gives us to attack is extremely small, especially with experienced opponents, so there is no time to sit back and watch for their reaction. You step in with your body and your spirit, confident that you will overcome them, and then you attack with confidence immediately.
Kiai that expresses your intention to cut
This is the kiai that happens when you cut. It must be in unison with your cut and your body movement. It is either "MEN!", KOTE!", "DO!" or "TSUKI!"
In the beginning it can sometimes be difficult for shinpan (referees) to detect an inexperienced person's intention through their attitude, especially since kyu grade matches can become very messy. So it is necessary for the kiai of junior kenshi to be very clear as well. As they become more experienced it is easier to tell what their intended target was and whether they have achieved their aim, so this is when the actual sound of "men", "kote", etc, becomes a little blurry. It is not so necessary for a senior kenshi to pronounce the words properly, or even at all, for the shinpan to know when they have scored correctly.
However even if your kiai is not clear in terms of what it sounds like, I believe it should still be loud, it should be long and it should start at the moment of cutting, not after or before. Lately there has been a fashion for Japanese kenshi of university level (sometimes as high as police level) to produce their kiai quite a moment after their cut has been made. Personally I believe this is a kind of affectation and should not be imitated.
What is a good sound to make?
Apart from the names of the datotsubui (target areas), the best kiai sound I believe is "Yaaa!" With experience you will find a sound that fits, not your personality, but your body. But you will come up with it naturally. In the meantime, "Yaaa!" is a very good start. It is simple. It prepares your body for action. It can be projected easily and forcefully. And it doesn't mean anything embarrassing in any language that I know of!
Labels: kiai