"For me the distance is close. For my opponent it is far away."


The Seven Waza are a toolbox of specialist Kendo waza for the use of Nanseikan members.

They are not secret as such, however their configuration should not be discussed with non-members.

They represent a collection or syllabus of techniques to cover a range of situations in keiko and shiai.

These waza are all acceptable for use at the highest level. None of them need be set aside in pursuit of high grades.

Five of the waza are invisible. This means that most kenshi will not understand how you achieved yuko datotsu even after the fact.

Four of them actively create a disturbance (kuzushii).

Two lead the opponent into a false attack.

One is so hard to perceive it leaves the opponent feeling as if they won. It cannot be perceived even in a video replay.

They are a starting point. They should not replace or limit your use of other waza.

These waza instil correct body movement with particular attention to balance and movement of the core.

What these waza do not provide is knowledge of seme and zanshin. These need to be practiced concurrently. 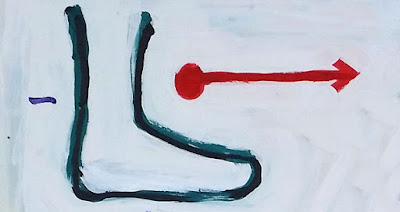 This technique requires the right foot to move towards the opponent before the kensen starts to rise. The kensen travels towards the opponent's throat with a feeling of doing tsuki. At the last moment, the left hand drops slightly, which elevates the kensen just above the target, before tenouchi brings the cutting edge down on the opponent's men, in the kikentaiitchi timing.
Sequence
The image is of using the shortest possible route to the opponent's men.
To achieve this, the action of chakin shibori (rotating the wrists in opposing directions, bringing the elbows together) should take place not during the cutting action but during the seme action.
Start with pushing down the left foot down into the floor, which raises the left heel slightly and takes the weight off the front foot. Push the front foot towards the opponent across the floor but only 2 or 3cm above it.
At this point squeeze the elbows together and bring the kensen down to opponent's chest level while your whole body is travelling forwards. Front foot is still floating, moving forwards, back foot has not moved.
Once your inner elbows are as close as they can get, lock the arms straight and together.
Continue to push the kensen towards opponent. It will start to rise up as your arms reach the limit of their extension. Your arms remain straight, the rising action is now coming from the shoulders.
Keep the arms as straight as possible. Tenouchi of the hands and wrists now comes into play.
Using a teko (lever) action, first push the left hand down and simultaneously pull the right hand back. At this point kick off (fumikiri) with the left foot strongly.
Now reverse the teko action: pull back with the left and push with the right. As your shinai strikes the opponent's men, you right foot hits the ground with a strong fumikomiashi, and kiai.
It is occasionally acceptable for the cut to make contact a moment before the fumikomiashi, but never after.
General points

Cutting action should be perfectly vertical. The shinai should not rebound too high: avoid banzai zanshin. Both arms should be straight at moment of impact. Posture upright and relaxed. Zanshin.

This is a fundamental technique that can and should be used as often as required. When performed correctly, it allows you to always reach your opponent first. 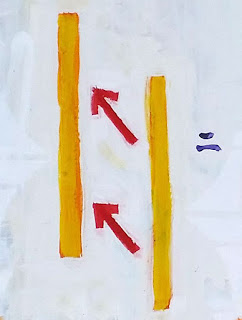 This technique does not require your opponent to give up the centre line, but is most effective against a slightly high kamae, or against an opponent who has flinched in response to your seme.

Step in strongly, realigning your right foot as you perform fumikomiashi to be in line with your opponent's right foot. At the same time cut strongly straight down on their kote's datotsubui. Your shinai should be parallel with their shinai at moment of impact. Zanshin. 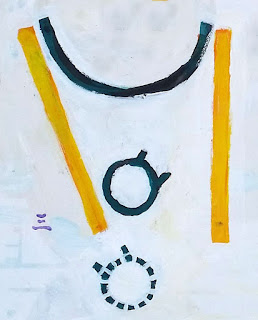 Failure to cut whilst in front of your opponent will lead to you strike their kote or their shinai's tsuka.

This is an occasional technique that will be most effective when employed spontaneously. It should not be used often. More difficult against a shorter opponent.

As you seme forwards on the right foot, instead of pressuring your opponent's throat, shoulder the shinai in the manner of kata nanahonme. This is known as katsugi. Then without hesitation, strike do directly and early as your opponent reacts to your seme, with the same feeling as for harai do, i.e. striking whilst in front. Your cut should reach their do quickly, even before your right foot lands for fumikomi. Zanshin towards your right as normal.

3c. Hidari do
Based on the second part of the Tatsumi Ryu kata makiotoshi. Seme by stepping forward and to the right (i.e. towards one o'clock). As your opponent reacts, immediately cut their left do with a small cutting action (right hand no higher than your own face during backswing) and follow through zanshin to your left. Whereas conventional hidari-do/gyaku-do techniques often involve a ducking posture, this technique should be executed with a straight posture throughout. As with the technique above, your cut should be as early as possible, even earlier than your fumikomi if possible. 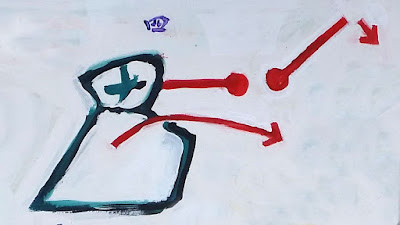 4. Katatezuki men
This is a renzoku-waza like kote-men. Launch a one-handed tsuki attack at your opponent's tsuki-dare, or do-mune. Thrust using your left hand while your right hand is chambered on your hip. Fumikomiashi is with the right foot. Quickly re-grasp the shinai's tsuka without looking down as you bring up your left foot. Assess the timing needed for follow-up men-uchi. Zanshin.

Key points are deliberate and accurate sho-men cut to finish, avoiding hurried action, and correct balance and use of feet to allow fluid movement. The crucial moment is the bringing up of the left foot into kamae after the tsuki in preparation for the follow-up attack. Rather than thinking of this as a movement of the feet, rather think of it as a movement of the centre (hips).

This is also an occasional waza. It is most useful for breaking a deadlock. It is not important for the tsuki to land in order for the waza to be effective. It requires the feeling of kurai-zume (a confidence that breaks down barriers).

Practice tsuki-men in three timings like we do for kote-men, progressing in speed and closing in distance:
This can also be practised using morotezuki.

5. Left kote-men
In the manner of conventional kote-men, aim for your opponent's left kote and strike strongly both their kote and men. Zanshin.

At first it is disconcerting to aim for kote but end up striking the shinai. However with practice this becomes the normal feeling and desired outcome for this technique. Remember to kiai "kote!" strongly to give your strike more power. This also lets the opponent believe the waza was a lucky accident.

This waza can be used more than once but stop if you sense your opponent suspects it is a deliberate waza.
Again, this can be practised like kote-men:

6. Kote nuki men kaeshi do
Aim to strike your opponent's kote. When they avoid by raising their hands, prepare to receive their men with your left shinogi and then cut do. Zanshin.

Key points are: not to close the distance as quickly as you would normally after kote. Ma-ai and timing are crucial. Research this timing by practising in stages: first kote, then kote-nuki-men, then the complete sequence.

If you are early it may be possible to cut nuki do instead of kaeshi do.

This waza should work instinctively and spontaneously, therefore hone it well in training, and test it out in keiko with other club members. 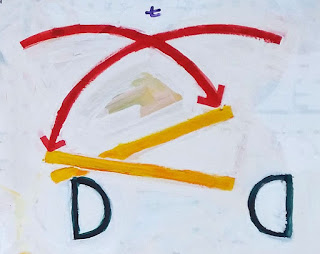 7. Kiriotoshi men
This technique is the pinnacle of all sword techniques. In Itto Ryu kenjutsu it is the fundamental (gokui) waza. In Yagyu Shinkage Ryu it is known as Gasshi. In Tatsumi Ryu it is enshrined in the Gogo no kata.

As your opponent strikes men you also strike men. As their shinai comes down, when it is about 45 deg. above your head, cut through their sword, deflecting it at the last minute as you strike. The timing of kiriotoshi waza is late. Your opponent's cut is slightly earlier than your own.

Making this technique work requires you to make the cut with your hands in front of your head, not above. Look at the frame stills of Takizawa sensei below. This could be called the 'secret teaching' of this waza.

Although it sounds rushed, the correct feeling for this waza is to be relaxed and confident. You should have a feeling of 'welcome' towards your opponent's attack.

Fujiwara sensei's variation is to cut with a diagonal action, but finish by striking the centre of the opponent's men, as if for sho-men. Fundamentally however the winning cut should command the centre-line (chuushin).

This technique, when mastered, can be used as often as required without fear of overuse.
This sequence is of Takizawa sensei (H8 dan) with Shinoda sensei (R6 dan) as opponent. The images are consecutive video frame stills, so the following sequence takes place in about a fifth of a second.