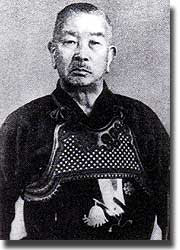 I sometimes mention during training how kendo was different before World War II, e.g. being able to trip, wrestle and/or choke your opponent. Always sounds like fun doesn't it? ;)
Of course I only know about it from hearing stories from Nagae sensei. But finally one of the most important pre-war kendo books is being translated chapter-by-chapter into English by Mr Kent Enfield.

So far there are four articles describing men, kote, do and tsuki. They can be found here. Keep checking back from time to time as he may have added new chapters.

These articles are translations of a work called Kendo Kyohon (Kendo Instruction Manual) by Takano Sasaburo (pictured above), one of the legendary 10th dans of kendo.

The thing that will hit you first as you read is how many techniques Takano sensei describes - 50 different techniques in all. Some of them are no longer practiced, no longer called by that name, or are simply too advanced for most of us to grasp without instruction from a very senior sensei. But as you read, I hope you are able to imagine what most of the waza look like and then picture yourself doing them. This is also real training. b


Many of you will have seen this before. It is a video of two famous Japanese-American kendoka performing on US television in the 1950s which is just after the War ended. Watch closely and you will see many attempts at ashi-barai or foot-sweeps, which throw the opponent to the floor. Notice also how the ashi-barai is used, really as an opening to strike with the sword straight away, not as a signal to start grappling on the ground.
Labels: do kendo history kendo theory kote men oji waza prewar kendo shikake waza Takano Sasaburo tsuki