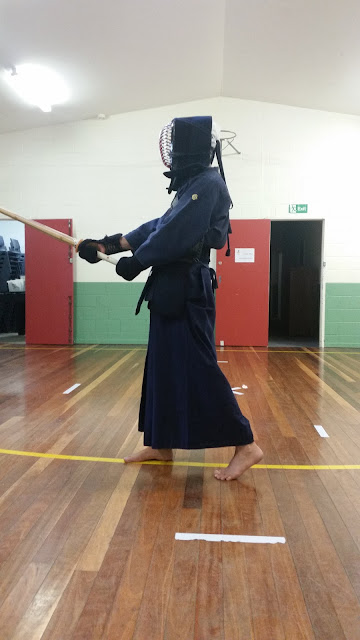 Shisei, or posture, in Kendo is very important. For people who start Kendo young it's not usually a problem. But if you start Kendo as an adult, very often you'll have some issues with your basic posture, most commonly in kamae.

But what's the big problem? Does it matter how you stand? We all stand pretty much the same don't we?

We learn quite early in Kendo that it's not so difficult to stand in kamae without resting our arms against our body, even though in the beginning it looked like it would take a lot of effort. More importantly we learn that it is a requirement of being able to move the shinai quickly. The shisei of the whole body is no different.

I've been working on my posture for the whole time I've been doing Kendo, and it has been a fascinating journey of discovery about how I stand when I'm not thinking versus how I could stand if I worked on it. I've learned what it feels like to be more ready with less effort. And I've been lucky to have received excellent instruction from a variety of sources along the way. On the left here we have pretty much the kind of posture I started with. The left foot is planted a long way back to support the arch in the spine. The left heel is high. From the top of the head to the heel this kenshi's body makes a reverse "S".

This is really quite a static position. No matter what this kenshi wants to do, they have to undo this position first. It is not neutral. It is not ready. On the contrary it is quite a restful position so the kenshi often feels they have to expend effort to wake themselves up! 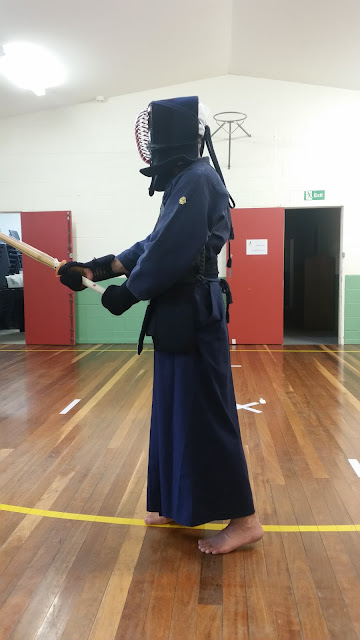 This is a much improved posture. The shoulders are above the hips, not behind them as in the first picture. The feet are a better distance apart. The heel is lower. There is still a little bit of work to be done in learning to stand even taller with the ears above the shoulders not in front of them, but the improvement is vast and will allow more spontaneous and relaxed movement. The kenshi is maybe as much as 20cm closer to their opponent even without changing their front foot position, because of the shift in their centre of gravity brought about by straightening the spine.

They can now move from the hara more effectively and keep their upper body relaxed while doing so. Shifts in body weight are easier, more fluid and less perceptible. And a whole lot of techniques that were impossible before suddenly become a lot easier.

This is the reason why posture is important. Not just because it looks good, or sends a commanding message to your opponent, but because it lifts the level of your Kendo, making possible things you couldn't do before.

Next time you're at the Kenshikan and there's a seminar with some visiting sensei, keep an eye on how often they go and check themselves in the mirror. They're not vain, they're just working on shisei!
Labels: kamae posture shisei