Kendo and geometry: are we robots? 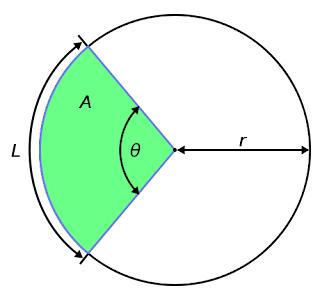 A geometrical explanation of arc from Wikipedia

I've mentioned this before at training and it may be difficult to grasp at first hearing, so I'll explain it here again for those curious.


Most martial arts popular today are unarmed arts. They focus on one fighter using their body against an opponent to gain advantage. This means that it is two human bodies clashing. The human body is an organic, flexible thing, with precise ways it can move and precise ways it can't move. Understanding the difference is very important in arts like Aikido, Judo, Jujutsu and so on. Throws and locks involve one fighter wrapping (part of) their body around the opponent to unbalance or subdue.

Kendo, of course, is different.

We still have our bodies, which are human and flexible and hate straight lines. But we have our sword, which is perfectly straight, and this is where all the difficulty in kendo begins.


The geometry of kendo


For any attack to function properly in kendo, we have to move the sword according to its nature, not ours. We must think in terms of geometry, in lines, planes and arcs. This applies to both shinai, which is straight when seen from any angle, as well as bokuto and Nihonto (real sword), which are curved in side view but straight when seen from the top or bottom.

The sword will only cut if it moves through the air perfectly straight. Any wobbles or wavering will mean the sword will either not cut properly or will bounce off the target. With the shinai this is seen when the cut slides off or glances the target area. For the cut to "stick", the downswing has to be geometrically straight, moving through a two dimensional plane. Actually it helps to think of the sword itself as a flat, two dimensional object, like a piece of paper, rather than a three dimensional object, which of course it is.


This is fairly easy to understand in theory, but much harder to put into practice. Even experienced kenshi can have difficulty with making every cut land properly. The reason for this is our bodies. We move in three dimensions very easily: up, down, sideways, in and out, around and around, often all at once! Our elbows are simple hinges that move in only two dimensions, but they are connected to shoulders that are ball-and-socket joints, so our arms can move in almost any direction.

But to be able to cut effectively with a sword the way we do in kendo, it would almost be better to have shoulders that were simple hinges which only allowed our arms to move up and down.

To be able to move in this mechanical way takes a lot of muscular training. In kendo, we call this kind of training suburi. It is only through lots of suburi that you can train your three dimensional, flexible body to move in a two-dimensional, robotic way.

Speaking of which, have a look at this video of a kendo robot built by a South Korean University. You might get a better idea of how the human body moves by watching the way the robot's arms and shoulders have been made.

It's not bad at kendo, but it does make the beginner's mistake of using too much right hand!


What about the rest of the body?


It's not just about the arms. Your feet have to get you into the right position and your spine should always be vertical, no matter which direction you cut is moving. These are important principles in kendo.

Another important principle is that the cut should nearly always be done so that your hands finish with a feeling of coming towards your centre of gravity, in other words, your hara. It is a fact of human biomechanics that while it is possible to train your body to do almost anything you like, certain movements are naturally easier and more stable. Try drawing a straight line on a piece of paper. Draw the line coming towards you. Draw another starting close and moving away from you. Which was straighter? Which part of the line wobbled most? I'll bet the line coming toward you was straighter, and the closer your hand was to your body, the less it wobbled.

This same principle works with the cut. The more we can keep our hands moving directly in front of our body, the more stable and controlled our movements will be.

I'm not saying robots would make better kenshi, they wouldn't. But some parts of kendo technique need to be practiced over and over until they are as consistent as a robot would do them. And this practice doesn't stop because our whole lives we need to keep our muscles trained. But when they are well-trained, we can move in amazing ways, using both the body's flexibility and its stiffness for our purpose.

Watch this video below of Indian classical dancer Savitha Sastry from the Bharatanatyam tradition. Particularly watch how she moves from 1:40 onwards. She is always balanced. She can make incredibly beautiful shapes with her arms and legs: sometimes straight and sometimes curved. The extent to which she can bend her wrists would have taken years of flexibility training. She can move her arms to an exact angle and then perform another move before returning her arms to that exact angle again without checking herself. She can accelerate, decelerate, balance, glide or stop on a dime. She makes unnatural movements look strangely natural and yet we can't really work out how she has done it, because her smile makes us think she is using no effort.

My point is Ms Sastry's training would have been just as rigorous and robotic as ours, probably more so. But the effect is far from that of a robot. It has simply allowed her to do things that no person can do naturally. And yet when she does, you can't see the effort so it looks like she's making it up on the spot.

If you can do kendo like this, then you can be my teacher. Seriously.