How the Japanese see lifelong learning differently to Westerners 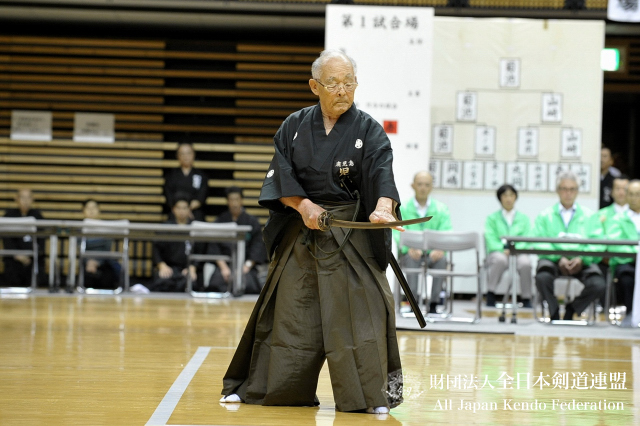 It is not unusual to see Kendo sensei training regularly into their 70s and 80s. It is something that we love about Kendo; that barring a major injury or health problem, we look forward emulating that dedication, to continue Kendo until we fall off the perch.

This attitude to practice is thanks entirely to Kendo's Japanese-ness. Were it a Western pastime, someone my age (about to turn 50) would be rationalising that it was time to slow down a bit, or hang up my boots, or move into coaching. I probably would have done all those things already.

Admittedly, in the last twenty years or so the phenomenon of "Masters' games" has developed, so that there is an outlet for those who want to pursue their sport and compete into advanced age. But nowhere are these athletes considered the pinnacle of their sports like they are in Kendo. And besides, old-age kenshi are just not newsworthy like elderly sportswomen and men are. Admirable, yes. Exceptional, no.

It is the Japanese veneration of age, and the attitude of isshokenmei 一生懸命 (a life devoted to a single purpose) that gives Kendo its rigour. The Japanese, and probably the majority of Asian cultures as well, respect older people and their experience in a way that is absent in modern Western culture. And to focus on a single pastime or activity is considered, in and of itself, an important thing to do. So you will never, ever hear a Japanese person say while observing your struggle, "Come on mate, give it a rest. You're flogging a dead horse. That dog won't hunt. It's time to move on. Time to act your age" etc, etc.

These sayings actually mask a belief, or a fear, that all things reach a point after which improvement is impossible. In Japanese culture this attitude doesn't exist. It's no coincidence that the business concept of Continuous Improvement is a Japanese concept: kaizen 改善. It is also reflected in the Japanese saying, "Defeat the person you were yesterday".

In Kendo we must remember that we can always improve. No matter how old we are, no matter how weak or uncoordinated, we can improve.

This is key, to actually believe this. I'm not just biding time, I can improve. I can reach nanadan, hachidan if I try hard enough. To truly believe this past a certain age may be strange to those of us raised in Western traditions. But Kendo and its culture gives us the framework to see things differently.

There is no condescension in Kendo to the older kenshi. In fact some of the most brutal beat-downs I've seen in Japan were hachidan sensei pushing their elderly students to the wall, literally and metaphorically! It's confronting to see, but now that I am older I can see how this is a kind of honesty, and how it might be welcomed by the older student because it is a sign that their sensei sees their potential. "OK, so you want to improve? This is how you improve! BAM!BAMBAMBAMBAAAAMM!"

Accepting that improvement is possible is not easy, and not just because it means hard work (with or without the occasional shellacking). It can mean accepting that what we have been doing comfortably for a while may need to be discarded, or comprehensively reworked. We may have to throw away our own ideas and just follow our sensei's advice, even though we mightn't quite believe that improvement is possible. This is another aspect that is really Japanese: the ability to discard one's own opinions and trust completely in one's teacher.

Believe that improvement is always possible. Trust in the fact that you will eventually be able to do what your teacher can do, so long as you train continuously and don't stop.

Have hope for the future. 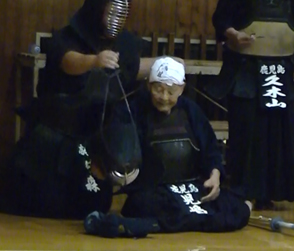 Kojima Masaru hanshi (Kendo 8 dan, Iaido 9 dan) was born in Kagoshima Prefecture in 1924. This top photo was taken in 2011. The photo above is from a video of him doing Kendo keiko in 2016 aged 92.
Labels: kaizen lifelong learning