Skip to main content
Labels
Posted by Nanseikan May 19, 2013 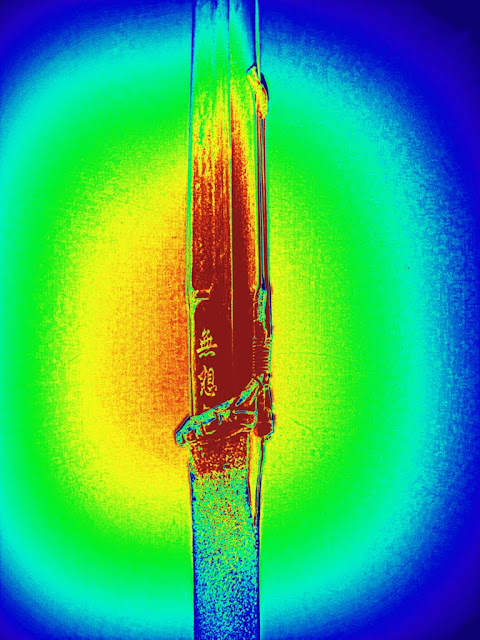 Recently I received a shinai meant for my sensei.

It was quite heavy, but the most unusual thing about it was that it had a very thin handle. This, coupled with that fact that it was a koto style shinai, meant that it was very heavy towards the tip. In fact, it was very hard to wield at all quickly. Basic suburi was OK, but as soon as I started to use it in more dynamic situations where I wasn't focusing purely on the cutting action it would tire me out incredibly quickly. In fact tired and frustrated it made me, because my cuts just never landed or went where I wanted them to.

Recently we have had some very accomplished young sensei come to Melbourne from Japan. These kenshi have incredible speed and an amazing range of techniques for every situation. They prefer jissengata or dobari shinai where the tip is lighter. They also do a lot of suburi and even weight-training to develop their muscular power and speed. They can cut at any angle, any timing. I have learnt a great deal from these young sensei about levels of commitment to training, and how much to expect of oneself.

In the light of their influence I found myself wondering about this shinai of sensei's. He is not much stronger than me, in fact his forearms are quite skinny. I'm sure he has hidden Kendo muscles, but in general he must find this shinai almost as difficult to swing quickly as I do.

Then I thought about how difficult it must be to face someone who you know can cut from all sorts of positions and timings, when you are just aiming for a single cut. It requires a huge amount of confidence and self-belief. Maybe it was I who needed belief. I had started to believe that sensei's way was all very well and traditional, but that these younger guys were where it's at. Thinking about it now, I realise their Kendo is highly visible, whereas sensei's is minimal, almost subliminal. Whereas their techniques leave you in no doubt that you've lost, sensei's often leave you wondering 'what just happened?'

Sensei obviously believes in his way so firmly that he buys shinai suited only to his way. He is not tempted by these younger kenshis' success or their powerful Kendo. With this shinai he cannot fight in their manner, only his own.

To me this shows great self-confidence, but then I am looking at both sensei and these Japanese kenshi from below. They all look indomitable to me. From where sensei is, he can likely see the flaws in their Kendo and so has no temptation, like I imagine that I would in his place, to imitate them.

So what's the point of all this? Several things and more:

imnothere said…
hi sensei, thankyou for your posts - I am now re-reading them to help me understand kendo alot better.